Siloam Hospitals has been trying to break through the image of being a Gen Y-centric healthcare service provider by infiltrating digital channels. However, making that transition is no easy feat. There are plentiful designs that need to be executed and implemented at each stage of the process and fast.

Each design needs to be scaled for the entire hospital chain, and that’s way too much for the marketing department to tackle on its own. Thankfully, Siloam Hospitals sought Nice To Meet You Studio for help and solution. Since the first delivery, the collaboration has snowballed into more projects from the other departments from different branches, covering an ever-increasing yet extensive scope of work.

Siloam Hospitals’ brand image is often closely associated with older people as people of the older generation still dominate most of its demographics. Realizing that, the core marketing department in Siloam Hospitals commits themselves to attempt to change that image by appealing more towards the younger generation through various digital channels.

The Ever Growing Demand for Design Needs

The adaptation of digital platforms has also been a massive challenge for Siloam Hospitals. This is because they are used to cater to the people of Gen-Y, who are much more familiar with the old-fashioned way of doing things. Such as posters and printed visuals to convey information. Hence, Siloam Hospitals have to conduct this change slowly, one step at a time in phases.

With the ever-changing design needs every few weeks, they need new designs to be made and produced fast. However, their marketing team resources were limited, and they could not catch up with the pace. Each design that was made must be able to be scaled for the other branches across the country. In other words, for each design, there are at least 40 variants. On top of that, each design will be formatted into various sizes catering to different objectives.

The challenge for Siloam Hospitals and NTMY didn’t stop there as the project scale continued to expand. Other projects from Siloam Hospitals include UI/UX design for their patient’s app, motion graphic design and animation for their custom campaigns, and many more. All of which simultaneously need the utmost attention. Thus, with this number of projects coming in from Siloam Hospitals, the need for further assistance and external support is no longer a question.

From Posters to Monsters, Nothing Gets in the Way

At first, the marketing department required many designs to be made in a short time to accommodate the entire hospital chain. To achieve that, Siloam Hospitals needed plenty of helping hands to tackle this head-on. Therefore, Siloam Hospitals reached out to Nice To Meet You Studio for help. Not only did NTMY assist Siloam Hospitals in fulfilling the design needs, but NTMY was also able to scale the design for the entire hospital chain. To do that, NTMY maximizes the use of Figma to lay out and categorize the constant components as opposed to its variables. This way, the designers could produce many assets with just a few clicks away.

It didn’t stop there. NTMY also helped Siloam Hospitals execute a campaign where the team had to discover the patient’s journey and empathize with them to create the magic within the app’s interface and overall experience. The campaign execution itself was unlike any other brand’s. To stand out from the competition, we settled with animation and motion design instead of using actors to draw out the emotions within the audience. Starting from the storyboard creation and character development, NTMY helped the process all the way until completion.

The saga continued as the projects kept coming and eventually expanded into many more larger-scale projects. All of which are intensively handled by NTMY on a daily basis. After working together on countless projects, Siloam Hospitals and NTMY gradually become partners, like Batman and Robin.

Starting from a humble beginning, NTMY’s assistance to Siloam Hospitals has been tremendous. What began with a campaign from the marketing department has now grown into project after project from Siloam Hospitals’ chain. In addition, NTMY’s aid impacted other departments from other branches as well, as they sought NTMY for assistance in all sorts of projects. Be it for social media content, social media campaigns, internal campaigns, digital ads, UI/UX designs, or printed banners, Siloam Hospitals’ design needs were fulfilled.

Knowing the amount of personnel that NTMY deployed to handle the scale of the projects from Siloam Hospitals, it certainly is a feat to be proud of. Additionally, NTMY’s service for Siloam Hospitals has allowed the marketing department to operate cost-effectively. Siloam Hospitals no longer needs to hire new graphic designers when in demand of designs to be produced as soon as possible. 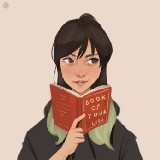 Creative Leadership, the Key to Modernity

Nice To Meet You Studio, A Graphic Design Service Subscription for Startups & Entreprises.

Empowering design capabilities of tomorrow startups & enterprises. Nice To Meet You Studio was established as a fully remote and distributed company based in Indonesia, with the goal of globally democratising great design for all by making it affordable yet reliable and hassle free.